The 50th Anniversary of the Apollo 11 Mission is July 16th and If you want to know who the man is that fired the KORAD K-1500 Ruby Laser to the moon successfully, look no further, it’s Hildreth (Hal) Walker, Jr. Truly a NASA hidden figure, Walker led the manufacturing, testing and operation of the KORAD K-1500 ruby laser system in 1969 during the Apollo 11 Moon Landing. The Lunar Laser Ranging Experiment was the only interactive planetary experiment that took place for the first Moon Landing.

Walker’s key role for KORAD who was contracted by NASA was discovered 25 years later. Walker’s Apollo 11 Lunar Laser Ranging Interplanetary Experiment was replicated in 1994, in an interactive exhibit located in the Hands-on Science section of Science in American Life at the National Smithsonian Museum of American History in Washington, D.C. Walker was also honored in the exhibit’s section, “The New Moon.”

Walker explains, “When America needed its best, they sought people like me out which is why I ended up working on the first ever science project in outer space. But ultimately it’s your inner space that defines everything.”

Walker was selected by Dr. Jerome Lemelson, the third leading inventor in American History, to make the Inaugural presentation at the National Smithsonian Museum’s Lemelson Center for the Study of Invention and Innovation in Washington, D.C.

Today, Professor Hal Walker spends his time working for the non-profit organization
African American Male Achievers Network (A-MAN), Inc. STEM International Science Center, that he co-founded along with his wife Dr. Bettye Walker in 1991. A-MAN is dedicated to building the leaders and participants in science and technology for tomorrow. They share their legacy with the students and provide experiences that prepare them to attend higher academic institutions and begin fulfilling the nation’s leadership and technological needs.

“In the 21st Century, we must use technology as a solution and promote technologists.” says Walker.

In 1997, President Nelson Mandela invited the Hildreth and Bettye to establish and implement science and technology programs in townships and schools across South Africa.

Prof. Walker and Dr. Bettye are making history as they are opening the first chapter of the National Space Society on the African Continent, the Cape Town Space Society on February 27, 2019 in Cape Town, South Africa.

Professor Walker is an amazing man, that has important stories to tell, as he moves forward in the world of science and technology generously sharing his knowledge to the world. 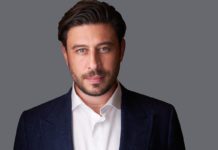