Wine tasting enthusiasts from around the state competed in the US Open Blind Wine Tasting Competition to become Team USA at the upcoming World Wine Tasting Championship being held on October 13, 2018 in Chateau Saint-Pierre de Serjac, Languedoc, France.

On August 11, 2018, 8 teams of 2 converged at the Marina Del Rey Hotel in Los Angeles, CA in hopes of taking home the championship. Each team blind tasted 6 white and 6 red wines from around the world gaining points by identifying its primary grape, country & region of origin, vintage, and producer. In the end two teams emerged as the victors and will be heading to France as Team USA in October.

These two teams will now form the first ever all female Team USA Wine.

Presented by Wine Acuity, LLC, the Wine Tasting US Open offers wine experts and enthusiasts a chance to compete for the opportunity to represent the US in the World Wine Tasting Competition. Winning this competition isn’t easy. Two of the more challenging wines in the competition confounded all teams for a grand total of zero points scored.

Wine Acuity CEO, John Vilja, says “Kristen and Lisa, did a remarkable job. A score of 124 points would have put them in top ranks at the World Championship. In fact, they would have been the champions in 2017 with that score.” Mr. Vilja continues, “They not only identified seven varietals properly, they also named one of the producers correctly, something that is nearly impossible to do.” Mr. Vilja believes the combined skills of the two teams makes them world class competitors and looks forward to seeing them compete, and hopefully take home the victory, at the world championship.

For information on the Wine Tasting U.S. Open and the World Wine Tasting Championship visit: https://wineacuity.com 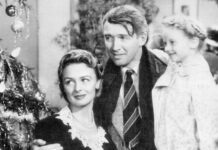 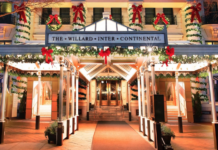