It is a big day for GiGi, as she also releases her music video for the original single, with a feature performance by TEC.

“Watchu Tryna Do?” written by GiGi Vega was a song adapted for COVID,

“pre-COVID 19, and didn’t decide to put it out until I changed the words to be more fitting for what we all are going through. The original lyrics will be released when we’re on the other side of this pandemic.”

GiGi Vega’s new single is charting at #28 on the iTunes R&B Chart, with Empire Artist, TEC, as well as on the Top 40 charts, coming in at #54, with her video set to premiere on MTVU soon.

“Watchu Tryna Do?” music video was shot in Los Angeles, CA. under strict COVID-19 protocols, with at least one person getting dismissed before shooting started.

GiGi Vega had a strong vision for her music video, which she worked on with Producer Julio Mata Jr. and Director Carlos Dupouy. A genuine triple threat – dancer/actress/writer, she brings you on a journey through her visuals. GiGi trained professionally in dance in Boston and NYC, and tapped Roland Tabor (Omarion, Migos) to choreograph. The dance-only video will be released at the end of February.

GiGi Vega debuted her first holiday song for Christmas 2020 “MISTLETOE KISS”. It quickly went viral on TikTok, with over 15k videos and 10 million views. The song was  nominated for a 2021 Hollywood Music in Media Awards. Her co-producer, Miklos Malek, a former judge on X-Factor, Hungary, called the song “a Christmas song that makes you want to dance.” “Mistletoe Kiss” rose to #3 on the iTunes Dance Charts, reached #27 on the Billboard Charts. Mistletoe Kiss was part of the Soundtrack for the Netflix movie “The App that Stole Christmas”.

GiGi has big plans coming up, a new release with visuals in early March, as well as a role in the 2021 BreakOut Music holiday film, “The Drone that Saved Christmas”. 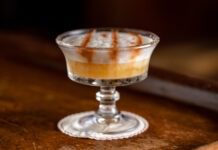