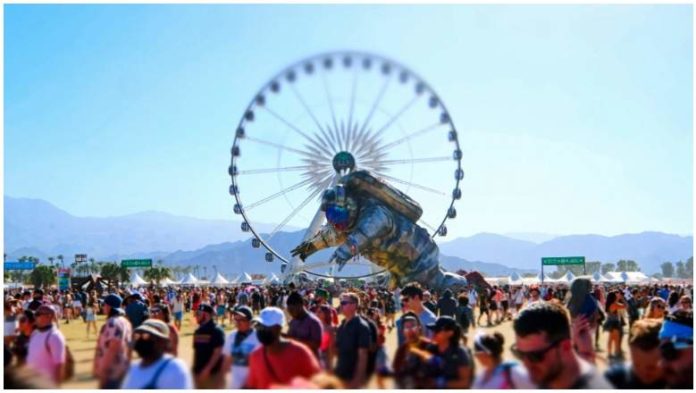 Inside reports reveal that both Coachella Festival and Stagecoach Music Festival will be announcing scheduling postponement due to concerns over the coronavirus.

The scheduled nightly headliners were:

Rage Against the Machine

Stagecoach, one of the nation’s biggest annual country music festivals

was dated to follow on the same location in Indio April 24-26, with…

2016’s Desert Trip festival, otherwise known as Oldchella, a hugely profitable successful music gathering that was held in the fall — from October 7 to 9 and 14 to 16 — at the same site as Coachella and Stagecoach: Indio’s Empire Polo Club (polo is only played at that location from January to March).

on the bill and grossed more than $160 million.

The Coachella Valley and the city of Indio have the accommodations to receive tens of thousands of attendees. So far local government hasn’t forced a cancelation of Coachella or Stagecoach due to coronavirus, while five cases reported in Riverside County push it closer to a fait accompli.

By moving the festivals as opposed to canceling them, Goldenvoice — and parent company AEG — could shield itself from having to trigger cancelation insurance that may or may not cover communicable diseases.

When California Restaurants Reopen, They Will Change – Find out how!