Below A-List Story Guru John Truby breaks down his thoughts on the year — movie-lovers don’t want to miss this! 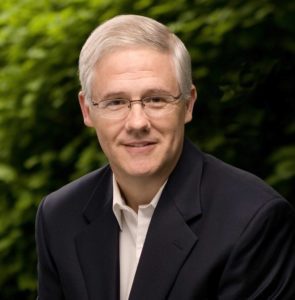 18. Private Life: a long series of awkward moments, each more unpleasant than the one before. Public embarrassment as art form.

17. Destroyer: the imitation of a crime film with one phony scene after another. If you like Nicole Kidman’s acting, do not watch this film.

16. Crazy Rich Asians: this movie proves that Asians can execute the romantic comedy clichés and be obscenely rich, too. What progress.

15. Can You Ever Forgive Me: a writer forges letters instead of writing a witty book of fake letters. Why was this film made?

14. Mary, Queen of Scots: a confusing mess about a woman who is by turns brilliant and stupid.

13. A Star Is Born: the fourth version hammering the predictable beats of the rise and fall of a star. The rise has some nice moments between Lady Gaga and Bradley Cooper but the fall just gets progressively worse. It will be a sad day if this three-time remake gets Best Picture. But after all, this is Hollywood.

12. On the Basis of Sex: agitprop story preaches to the choir. But it’s our choir so it’s ok.

11. First Man: a bit slow but puts you in the experience of taking that first mind-blowing step on the moon.

10. BlacKkKlansman: in spite of being heavy handed, or possibly because of it, this is ultimately a hard-hitting exposé of how the lynch mobs of yesterday are the America First crowd of today. 9. Bohemian Rhapsody: all the clichés of the rise and fall of the rock star until the final redemption at Live Aid and the movie soars.

8. Black Panther: a black superhero origin story that flips many of the tiresome Marvel beats, especially an opponent who is more compelling than the hero. Not in the same league as “The Dark Knight”, but revolutionary in its own way.

7. The Ballad of Buster Scruggs: a fun black comedy set in the Old West takes some classic Western elements, like the gunfight, the wagon train, and the stagecoach, and turns them upside down in a series of short stories.

6. If Beale Street Could Talk: a deeply depressing drama about the overwhelming injustice suffered by a black man in America. The beats are familiar because the reality doesn’t change. I can’t even imagine how depressing it would be to live this reality.

To learn how to write a heist script that doesn’t just hit the beats for Hollywood, but actually transcends the genre to create something great, then you’ll want to check out the DETECTIVE-CRIME-THRILLER CLASS. John Truby www.Truby.com/classes/

5. Widows: some good plot flips overcome an absurd premise and kick this up to the level of an anti-heist film.

4. The Favourite: in the mode of “Dangerous Liaisons”, this film of the political and sexual games of two women vying to control a queen shows us the personal version of mutually assured destruction.

To learn how to write a great drama script, check out the ANATOMY OF STORY CLASS.  John Truby www.Truby.com/classes/

3. Roma: an initially boring, neo-realist recounting of a maid and the family she works for becomes a powerful depiction of the strength of a woman and the massive socio-political forces arrayed against her. “No matter what they tell you, women, we always are alone.” Subtle weaving of top and bottom story and tracking and panning shots that will blow you away. Hard to watch but a huge payoff.

To learn how to write a great drama script, check out the ANATOMY OF STORY CLASS.  John Truby www.Truby.com/classes/

2. Vice: in the same way his “The Big Short” gave us a black comedy look at the destructive absurdity of American capitalism, Adam McKay’s “Vice” gives us an absurdist look at the devastation of American politics. Dick Cheney as mass murderer on a worldwide scale.

To learn how to write a black comedy script that doesn’t just hit the beats for Hollywood, but actually transcends the genre to create something great, then you’ll want to check out the COMEDY CLASS. John Truby www.Truby.com/classes/

1. Green Book: a predictable racism-in-America story gains strength until the two payoff scenes at the end bring tears to your eyes. Proves the truth of the old cliché that it’s the “emotion picture business.” The trick is that this is a modern day “Pride and Prejudice” between a white man and a black man. As in the original book, what kicks the story up to a higher level is that both characters are guilty of pride and prejudice, and both figure it out. While I thoroughly enjoyed this love story, it is not a great movie.

When “Green Book” is the best film I saw this year, it is further confirmation, if we needed it, that the art of film lags far behind the writer-controlled art of television. Bring on “Game of Thrones.”

Actress Erin Michele Soto Rises Through Her Trauma to Return to...