Could it really be true?

Movie theaters might re-open in Los Angeles as soon as March 15.

This week, for the first time since the pandemic startes, LA County’s Covid-19 numbers dipped into the red tier of Gov. Gavin Newsom’s Blueprint for a Safer Economy.

If Los Angeles is able to maintain these lower numbers for just one more week, several business industries will be permitted to reopen — including movie theaters at a 25% capacity or 100 people, whichever is less.

For sure, both movie theaters and movie studios are ready for action! 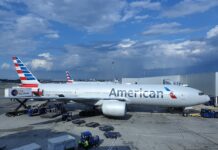 Hollywood is coming to Anaheim on April 23 – Tickets are...