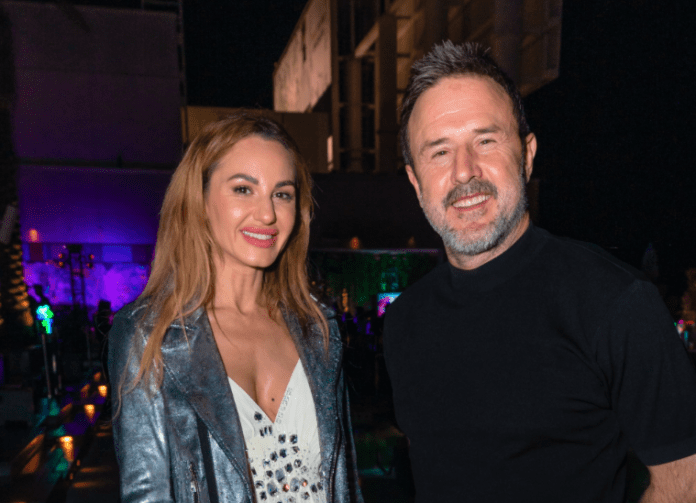 Last night at the rooftop of the W hotel in Hollywood California, the Mash Gallery hosted what  guests were calling the best event so far during LA Frieze. The entire rooftop of the W hotel was turned for one night into a gigantic museum quality art exhibition. The artwork was eclectic, fun and fantastic, a “mash up” of contemporary art from artists from around the world, ranging from highly established to emerging talent.

Haleh Mashian artist and owner of Mash Gallery produced a spectacular “rose garden” with her colorful, three dimensional, sparkling artwork. Famed artist Domingo Zapata, who was recently named “the most influential artist of the year” in 2019 and who recently competed a 15 story mural in Times Square, displayed some of his most iconic works. Multi artist Vakseen showcased his talent with his Pop collage paintings. Jill Knox’s multi media artwork garnered high praise along with a wonderful selection of both sculptural, installation and traditional art. 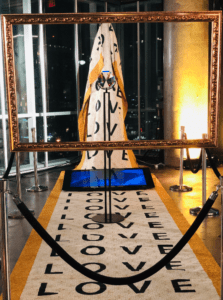 The center piece for most however was the installation of Narine Arakelian, often called “the darling of the 58th Venice Art Biennial 2019”. Arakelian created a dynamic installation that captured the attention from every angle. Titled “Initiation” the artwork included a huge statue draped in her famous LOVE canvas painting that seemed almost alive, like a goddess giant was hiding beneath the canvas wrapped around her, the LOVE canvas continued like a runway toward a stunning diamond made of Murano glass crafted into a beautiful crystal sculpture held up on a metal staff. In the center of the piece played the digital component of the artwork, a continuous video installation of underwater performance art by the artist herself entitled “Rebirth Subconscious”. The combined effect of the entire installation was captivating and many of the 500 or more guests stopped to pose in front of the artwork. The guests who were spotted taking photos in front of Arakelian’s work included actress Sofia Milos best known for CSI Miami but who can now be seen on Robert Zemekis’s Bluebook, Spartacus actress Ellen Hollman, actress Nawal Bengholam and many more.

The crowd was as energetic and eclectic as the art on display. With the DJ music playing and the drinks flowing guests enjoyed both the art and the atmosphere from six pm till after the event was scheduled to end at eleven pm. Many guests continued the night at the official after party at the world famous night club The Abbey. 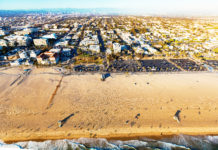