Legendary artist John Van Hamersveld, known for creating the iconic The Endless Summer poster collected by the Museum of Modern Art, will unveil this Saturday, a one-of-a-kind 510-foot round mural in a tribute to the city of El Segundo and local surf legends. On a site with sweeping views of the Pacific Ocean, the striking graphic-driven mural marks the completion of the Los Angeles Department of Water and Power’s (LADWP) Scattergood tank renewal project.

The mural is located on a LADWP-owned tank on west-east-running Grand Avenue, which extends through the city of El Segundo from the Pacific coastline to the Pacific Coast Highway and beyond. This artwork is composed of 51 visually-striking, colorful panels (10-foot by 32-foot each), and incorporates Van Hamersveld’s signature style and iconic imagery.

Central to the theme are 15 bright, bold waves and symbols and images of Van Hamersveld’s life experiences and pop culture, including a Volkswagen to represent his drive along the coast to El Segundo High School from his home in Palos Verdes, and aviation imagery representing El Segundo as the aerospace capital of the world.

An El Segundo High School graduate and inductee in the school’s Hall of Fame, Van Hamersveld was inspired by his formative years in El Segundo. The mural is dedicated to surf culture legends Hap Jacobs and Dale Velzy, who had a large impact on Van Hamersveld’s life.

“Jacobs created my first surfboard that took me on an adventure of a lifetime. Velzy and Jacobs immersed me in the myth and legend of the California surf lifestyle,” shares Van Hamersveld. “El Segundo is where my career started as a surfer and artist. This piece is a monument to modern surfing, and brings to life surfing as a lifestyle and surfing as art.”

“My El Segundo High School art teacher Al Tahti, my mother, and supportive mentors helped guide and focus me into becoming an artist and encouraged me to incorporate the life lessons and philosophies of the ocean and surf,” comments Van Hamersveld. “For that, this beachside city holds a special place in my heart.”

“John is a champion and an artistic visionary for El Segundo. We are so proud of this beautiful and momentous work of art he created. As much as El Segundo had an impact on him, he’s now helped establish our city as an artistic ‘must-see’ for residents, Southern California visitors and surf enthusiasts the world over,” says El Segundo Mayor Suzanne Fuentes.

The mural project became a reality with the vision, persistence and teamwork of the city of El Segundoand LADWP.

The project came to life after El Segundo resident and CEO of Venice Baking Co., Jimmy DeSisto, asked El Segundo Mayor Pro Tem Drew Boyles whether something could be done to improve the appearance of the tank.  Boyles and City Manager Greg Carpenter met with LADWP COO Marty Adams, who supported the idea of transforming the tank into a piece of art. Boyles states,

“El Segundo is a resourceful city, where elected officials are easily accessible and responsive. This is a shining example of a resident voicing a concern and the city council working with stakeholders to develop a truly beautiful outcome.”

Fuentes led the charge in securing Van Hamersveld, and the El Segundo Arts and Culture Committee advised on the selection of the art.

The team worked for several months with LADWP and contractor TRC to transform the tank by the power plant. “We want to thank Marty and the Scattergood tank renewal team, as well as, TRC for partnering with the city on this ambitious project,” says Fuentes.

The City of El Segundo 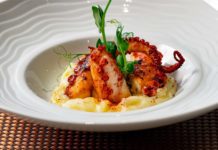 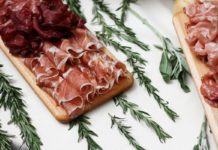 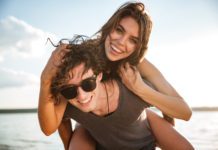 ‘Fall in Love’ with these Pampering Valentines Packages at Pechanga Resort... 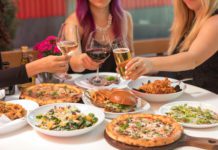 Love is all around this Valentine’s Day at Drago Ristorante —...

Drago Brothers welcome the New Year with Drago Ristorante at the...