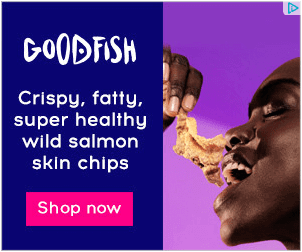 Produced by Live Nation, the summer North American tour celebrates the release of their latest album, Mercury – Act 1 (KIDinaKORNER/Interscope) kicking off this August in Salt Lake City, UT with special guests Macklemore and Kings Elliot on select dates and making stadium stops in Boston, Toronto, and their hometown of Las Vegas before wrapping up in Los Angeles, CA in September.

This tour will mark the band’s biggest North American shows of their career to date.

On the heels of “Enemy,” which has topped the Alternative Radio chart for the past seven weeks and is rapidly ascending at Top 40 radio (#10) and Hot AC (#9), Imagine Dragons unveiled their new single, “Bones,” the first new music from their forthcoming release Mercury – Act 2.

A spirited examination of life and death, the song explodes with an infectious chorus that celebrates the intangible spark that ignites our beings. Listen to “Bones” HERE and view the lyric video HERE.

TICKETS:  General tickets for the new shows go on sale starting Friday, April 1st at 10AM local time on Ticketmaster.com. All other shows are on sale now.

PRESALE: Verizon will offer an exclusive presale for the Imagine Dragons 2022 tour in the U.S through the customer loyalty program Verizon Up. Members will have first access to purchase presale tickets for select shows beginning Monday, 3/28 at 10am local time until Thursday, 3/31 at 10pm local time.

For more details and to sign up, visit Verizon Up.

Related:   Eddie Vedder is back! Pearl Jam Returns to Los Angeles’s The Forum May 2022

+With support from AVIV

! With support from Kings Elliot

Imagine Dragons teamed up with esteemed producer Rick Rubin on Mercury – Act 1, which debuted in the top 10 of the Billboard 200 and at No. 2 on Billboard’s Top Alternative Albums and Top Rock Albums charts. Mercury – Act 1 marks the band’s first new music since their 2018 album Origins, and features the singles “Wrecked”, “Cutthroat” and “Follow You.” “Follow You” reached No. 1 on both Mediabase’s Alternative Radio chart and Billboard’s Alternative Airplay chart. It marked the band’s quickest ascent to the top of the Billboard chart, surpassing the seven-week climb for “Natural” in 2018 and eight-week climb for “Believer” in 2017.

​​With 49 million albums and 55 million songs sold globally, as well as 75 billion combined streams, Imagine Dragons remains one of the best-selling rock bands, reinventing the genre with their enormous breakout success across the 2010s. Billboard’s Top 3 rock songs of the decade belonged to the band – “Believer,” “Thunder” and “Radioactive.” Formed in 2009, Imagine Dragons developed a grassroots following with a series of independently released EPs before making their major label debut on KIDinaKORNER/Interscope with the 2012 EP Continued Silence.

Coachella 2022: Absolut Vodka invites fans to Party in their Metaverse...