A few days ago, my boyfriend was relaxing on the couch, playing his XBOX, and he said to me, “Do you ever wonder why we love video games so much?” Yes, I do wonder that. It’s something I think about a lot, actually.

It become an easy way to not just buy him something I know he’ll love, but let’s be honest, I’m going to love it too, because I play.  Win-win!

Get pro-level precision with the Xbox Elite Wireless Controller, featuring an arsenal of swappable components, Hair Trigger Locks, and limitless customization with an easy-to-use app. Choose from a variety of thumbsticks, D-pads, and paddles for a tailored feel that provides game-changing accuracy and speed.

4 CHANGES EVERYTHING. Dynamic seasons change everything at the world’s greatest automotive festival. Go it alone or team up with others to explore beautiful and historic Britain in a shared open world. Collect, modify and drive over 450 cars. Race, stunt, create and explore – choose your own path to become a Horizon Superstar. The Forza Horizon 4 Ultimate Edition bundle includes early access, allowing you to play four days early beginning September 28, Car Pass, VIP Membership, Day One Car Pack, and two game expansions when they become available.

Write your epic odyssey to become a legendary Spartan hero. Forge your path in a world on the brink of tearing itself apart. Influence how history unfolds in an ever-changing world shaped by your choices. Get the game three days early, plus the Steelbook, Season Pass, and bonus content.

HyperX Cloud II features a redesigned USB sound card that amplifies audio and voice for an optimal gaming experience. Experience details other gamers won’t — the rustle of a camper in the grass, the scuttle in a distant vent. Independent audio and microphone volume controls on the control box let you easily adjust sound volume, mic volume, mute the mic, and toggle virtual 7.1 surround sound.

Gaming Headset for XBox One

Our 2018 revamped design improved the sound and built quality, while also giving you a greater sense of control.

In short, when you buy these headphones you get: 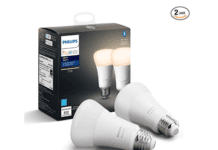