Answering the call for more diverse voices in film criticism and gender equity in Hollywood, Rogerebert.com announces it is gender balancing its regular rotation of film critics. Nell Minow, Monica Castillo and Tomris Laffly round out the website’s roster of female critics to achieve a fifty-fifty split of five women and five men.

The site also will publish more frequent contributions by diverse critics, including Castillo and Odie Henderson, who bring valued perspectives from their Cuban- and African-American roots. Minow has also been appointed its first female assistant editor.

For the first time since Women Writer’s Week, Rogerebert.com will have reviews and articles by five women critics in its Friday line-up.

“The #MeToo, #NeverAgain and #BlackLivesMatter movements underscore why diverse, critical voices and lived experiences in the arts not only affect how we see the world but influence how we begin to heal it,” said Chaz Ebert, president of Ebert Digital. “We need a wide spectrum of voices to challenge the male-dominated narrative that drives much of Hollywood and the popular media.”

They’re joined by critics Henderson, Simon Abrams and Glenn Kenny. The remaining female critics are Sheila O’Malley and Christy Lemire. The site will also continue to spotlight other new and returning voices on its non-review content.

Diversifying film criticism, a cause célèbre for Ebert personally, has been buoyed by the #OscarsSoWhite movement that decried the lack of diverse talent recognized at the Academy Awards, and criticism from actors like Meryl Streep, who described the lack of female critics as infuriating.

Ebert has championed the cause by cultivating experiences for young talent. Last year, three black males were selected for the distinguished Roger Ebert Fellowship at the Sundance Institute. A year earlier, Ebert chose four young women from diverse backgrounds. She has partnered with civic groups and colleges to provide mentorship and published reviews from diverse students on the website.

Coming soon, Rogerebert.com will host Diversity in the Arts Week showcasing reviews and social commentary by writers of color. Send submissions to managingeditor@ebertdigital.com.

The Top 5 Things You Need to Know Before Moving to... 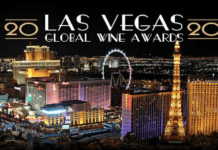 In a Year of Challenges, Las Vegas Global Wine & Spirit...