In 2017, the Le Bernardin chef, alongside Craggy Range’s Terry Peabody, threw a memorable Cayman Cookout luncheon at Le Soleil d’Or on Cayman Brac, complete with oysters that tasted as if they’d just been poached in the sea and high-end caviar. Guests devoured the spread without ever questioning how the sea fare was transported to the small, remote island. It was later revealed that Ripert purchased the delicacies a plane seat to ensure a safe arrival in the Caribbean. It’s one thing to serve spectacular food in the comfort of one’s restaurant kitchen; logistics get even trickier when chefs have to travel with ingredients and perishables.

Biscuit Love’s Karl Worley makes his famous gravy in-house, packs it up carefully and travels all over the country with it. At last year’s Euphoria Greenville, he reportedly transported 185 pounds of gravy to the festival—and two weeks later, flew with two whole pigs (head and all) to California.

“It’s always fun to see the faces of the airline employees when I check bags,” he says.

Sometimes, though, sticky situations arise. Last spring, on the way to the James Beard House from Concord, Massachusetts, the Woods Hill Table team found themselves stuck in a traffic jam by way of a fallen tree on the highway—with copious amounts of ice cream in the back seat.

While the ice cream made it safely in the end, the team frantically took turns dumping ice on it in while standing still. Bottom line, next time you’re stuffing face at a festival alongside your favorite chef, we strongly suggest giving them a well-deserved high five (or a strong cocktail to calm the nerves)—they’ve earned it.

Here, fourteen chefs divulge their craziest stories of traveling near and far with everything from from giant subs hanging out of the top of a Jeep to rotten cabbage arriving at baggage claim.

“The team’s very first event out of town was a debacle. We got to the airport with boxes in tow, not knowing we had messed the whole thing up. For starters we had our food in boxes that were barely held together in non-compliant shapes, so we had to rush back to the restaurant to get coolers.

A few of us missed the first flight that day. For the boxes that were allowed to go we got to witness, along with everyone on our flight, ingredients rolling down the luggage retrieval at our final destination later that day. Nothing says quality quite like a Berger ham rolling down the ramp. After lots of extra money spent, we learned very quickly that traveling with food is a much more complicated task than it seems.” –Chef Kevin Nashan of Sidney Street Cafe and Peacemaker 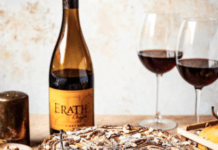