The epic commercial features Peter bringing the heat with his scorching lip-sync rendition of Busta’s verse from the track “Look at Me Now,” and Morgan giving the chills with an ice-cold lip-sync performance of Missy’s chart-topping hit “Get Ur Freak On.” As Peter takes a fiery bite of Doritos Blaze, his world is engulfed in flames, which then freezes over once Morgan takes a refreshing chug of MTN DEW ICE.

As previously established in teasers for the spot, Busta and Missy act as the duo’s “coaches.” As the intensity rises in the rap battle, Busta and Missy make cameo appearances to continue their support. The creative in the spot mirrors the boldness and originality fans have come to expect from Doritos and MOUNTAIN DEW®.

Fans Encouraged to Continue the Battle

Using an exclusive Snapchat lens available starting on Super Bowl Sunday, fans can record their own performance inspired by the advertisement. Fans can then pick a side – either Doritos Blaze or MTN DEW ICE – and get in on the conversation by following @Doritos and #SpitFire, and @MountainDew and #IceCold on Twitter and Instagram.

Both brands are returning to the Super Bowl in the first nationally televised Super Bowl commercial to feature one company advertising two of its trademarks back-to-back. The fan favorites are no strangers to stealing the spotlight during the big game. Doritos had a successful 10-year run of the “Crash the Super Bowl” campaign that concluded at Super Bowl 50, and Mountain Dew launched its wildly popular advertisement “Puppymonkeybaby” in the 2016 game.

Known for its refreshing taste, MTN DEW ICE is a clear, lemon-lime flavored DEW® with a splash of real juice that charges Dew Nation. Bringing the heat is Doritos Blaze, the brand’s newest national offering that fires up the hot and spicy snack market, with a complex flavor and heat that builds as you crunch. 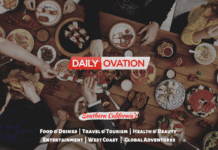