Sundance NEXT FEST takes it to the NEXT level with the announcement of seven films direct from the 2017 Sundance Film Festival, paired with three energizing musical performances. The fest lights up Los Angeles August 10-13 at The Theatre at Ace Hotel Downtown Los Angeles, and this year will include presentation of the Institute’s Vanguard Awards to Quentin Tarantino and Dee Rees. This marks the fifth annual Sundance NEXT FEST and fourth consecutive year that The Theatre at Ace Hotel has hosted the festival. Tickets ($15-$35), as well as day and weekend passes and tickets to Thursday night’s opening event, NEXT FEST After Dark, are now available at sundance.org/next. Proceeds benefit Sundance Institute’s year-round programs for independent artists.

John Cooper, Director of the Sundance Film Festival, said, “This year’s weekend festival offers everything from a Sundance throwback to our first-ever NEXT FEST episodic screening; the perfect blend to give Angelenos a taste of our Park City Festival. A majority of these movies, filmmakers and musicians are from Los Angeles, so it’s a great opportunity to showcase and celebrate hometown talent.”

The festival reaches new heists on Thursday, August 10 with NEXT FEST After Dark, presented by Acura, featuring a 25th anniversary screening of Reservoir Dogs on restored 35mm and presentation of the Institute’s Vanguard Leadership Award to Quentin Tarantino. The screening is supported by Cinespia and followed by an outdoor opening night party. Reservoir Dogs debuted at the 1992 Sundance Film Festival following Tarantino’s participation in the Institute’s Directors Lab and returned to its roots with a From the Collection screening at this year’s Festival. The party will include food, drinks, games, music and more, and all proceeds benefit the nonprofit.

Institute’s year-round programs for independent film and theatre artists. Tarantino is the fifth recipient of this award celebrating creativity and leadership in independent film, joining the likes of journalist and film critic Roger Ebert and actress and arts advocate Glenn Close.

Trevor Groth, Director of Programming for the Sundance Film Festival, said, “Reservoir Dogs debuted as the Festival’s most talked-about film in 1992 and 25 years later, it’s still a fresh, high-caliber thrillride, and more iconic than ever. I can’t think of a better way to kick off Sundance NEXT FEST than to showcase our history and what we’re all about.”

Sundance NEXT FEST continues on Friday with the LA premiere of absurd comedy Lemon directed by Janicza Bravo, with a performance by powerhouse vocalist Lizzo. Saturday’s lineup includes: Sundance NEXT FEST’s first-ever episodic selection — a special screening of seven episodes of the comedic drama Gente-fied, created by Marvin Lemus; the 2017 Sundance Film Festival’s Audience Award: NEXT-winner Gook; and Bitch, starring Jason Ritter and Jaime King, paired with a performance by Sleigh Bells who just released their fourth LP, Jessica Rabbit. Sunday’s events include: the Los Angeles premieres of Dina, a documentary about an unconventional love story that took home the Grand Jury Prize in Park City; Alex Ross Perry’s latest film Golden Exits; and Michelle Morgan’s witty love letter to the city of angels, LA Times, accompanied by a live performance by LA-based duo Electric Guest, the band behind the hit “Dear to Me.” Additional program elements for the daytime screenings, including live Q&As with movie icons, will be announced.

Sundance alum Dee Rees, writer and director of Pariah, Bessie and Mudbound, will receive the Vanguard Award at Sundance NEXT FEST, celebrating an emerging artist with creative independence. Rees is an alumna of Sundance Screenwriters, Creative Producing and Directors Labs. She has been the recipient of Sundance Institute’s Time Warner Fellowship and Annenberg Film Fellowship and premiered two feature films at the Sundance Film Festival, Pariah in 2011 and Mudbound in 2017. The Vanguard Award includes a cash grant and mentorship from industry professionals and Institute staff. Rees will be the sixth recipient of this award; past recipients include Damien Chazelle (Whiplash), Benh Zeitlin (Beasts of the Southern Wild) and Ryan Coogler (Fruitvale Station). The Vanguard Award was founded in 2011 to mark the 30th anniversary of the Sundance Institute Feature Film Program and its founding director, Michelle Satter.

NEXT DOOR will be open during the festival for guests to continue the party between screenings. Adjacent to The Theatre at Ace Hotel, NEXT DOOR is an outdoor space with food, drinks, games and more. Sundance NEXT FEST is an extension of the popular NEXT section at the Sundance Film Festival. 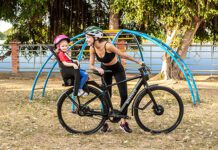 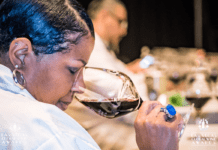 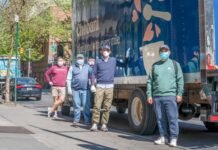