Leading character and entertainment brands from all facets of the licensing industry, including television, film, online, gaming and music, will converge at Licensing Expo on May 23-25, 2017 at the Mandalay Bay Convention Center in Las Vegas, NV. Produced by UBM and sponsored by the International Licensing Industry Merchandisers’ Association (LIMA), the annual trade show brings together the largest audience of brand owners, licensees and retailers in the world.

Jessica Blue, Senior Vice President, Licensing, UBM: “Entertainment brands and characters have been launched and showcased at Licensing Expo for over 35 years. Licensed products in this category capture $113.2 billion in global retail sales annually,* and this is where many of those products are conceptualized.”

Tim Kilpin, CEO and President, Activision Blizzard Consumer Products Group: “This year’s Licensing Expo presents an exciting opportunity as Activision Blizzard Consumer Products Group debuts the combined strengths of Activision Publishing, Blizzard Entertainment and King Digital Entertainment, representing some of the biggest entertainment properties in the world. The Expo offers a great platform to connect with partners as we look for new ways to bring franchises such as Blizzard’s Overwatch® and Activision’s Call of Duty® to even wider audiences.”

Jamie Salter, Chairman & CEO, Authentic Brands Group: “Licensing Expo is one of the industry’s largest and most influential annual events. Each year Expo provides ABG a platform through which we make valuable connections and forge strategic partnerships that extend the global influence of our brands. This year we are excited to showcase our enhanced focus on branded content and collaborations of all kinds, as well as introduce the newest additions to ABG’s celebrity and entertainment portfolio.”

Character & Entertainment attractions featured during Licensing Expo include the show’s annual Character Parade on Tuesday, May 23, and Wednesday, May 24, at 10:30 a.m. each day. Highly anticipated by attendees and exhibitors alike, the Parade is the place where character and entertainment licensing comes to life. 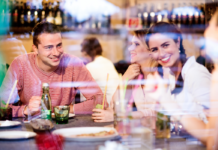