The American Red Cross is responding as Tropical Storm Hermine slams into Florida and Georgia today and is preparing to widen the relief response as the storm threatens communities all along the East Coast over the holiday weekend.

Hermine has forced the cancellation of several Red Cross blood drives and may cause more in the days ahead. Even before the storm formed, the Red Cross was already experiencing a blood shortage as the summer months – and particularly during Labor Day weekend – are a difficult time to collect blood. All blood types are urgently needed right now.

“It’s important to remember that the blood already on the shelves helps during a disaster,” said Chris Hrouda, executive vice president of Red Cross Blood Services. “We depend on generous volunteer blood donors to provide lifesaving blood for those in need – each and every day – not only during times of disaster. If you are not in the path of the storm, please give.”

To prepare for the storm, the Red Cross moved blood products into areas most likely to be affected to ensure blood products would be available in the event of widespread flooding. In the South, Hermine has cancelled at least seven blood drives in Georgia and South Carolina, causing approximately 330 blood and platelet donations to go uncollected.

“We have shelters open in Florida and Georgia and workers on alert all the way up the East Coast to be ready if needed as the storm moves north,” said Brad Kieserman, vice president, Disaster Services Operations and Logistics for the Red Cross. “We urge people in Hermine’s path to get ready; to build a disaster kit and make their evacuation plans now.”

“It’s the last holiday weekend of the summer and many folks are heading to the beaches,” Kieserman continued. “They should stay informed about weather conditions and be aware of possible rip current dangers.”

Red Cross workers in Florida and Georgia opened 46 shelters where almost 550 people spent Thursday night. The Red Cross is helping officials with damage assessment in those states to determine what additional help is needed. Hundreds of thousands of people are without power and many schools closed due to heavy rain and downed trees.

Hermine is expected to move up the East Coast over the holiday weekend and stall in the Atlantic Ocean near Delaware and New Jersey. Red Cross chapters all along the coast are monitoring the storm and have workers and shelter locations on stand-by. The storm will bring heavy rain and strong winds, along with powerful storm surges in the ocean which could cause beach erosion and flooding.

In Hawaii, Hurricane Lester is predicted to hit Maui and Oahu over the weekend with strong gales and heavy rain. The Red Cross has disaster workers and supplies on alert to respond if necessary. 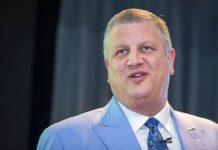 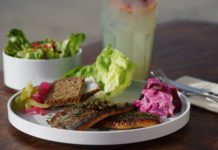