The Piano Guys celebrate a monumental landmark, reaching 1 Billion views on YouTube for their innovative music videos. On Saturday night at their concert at The Greek Theatre in Los Angeles, YouTube honored them with a plaque commemorating this exciting achievement. According to YouTube – just over 100 artist channels, including some of the biggest icons in the world, have reached the 1 billion view mark.

Sponsored: Why were former Beatles members in Las Vegas together?  Learn the exciting reason!

Of their latest landmark, Steven Sharp Nelson says: “A billion is a big number. Especially for a quartet of dads who just started making music videos for fun. Honestly, we are overwhelmed with gratitude. We feel like there have been so many miracles to make this possible that we are simply along for the ride. Behind every view is someone that has spent their time and sometimes their hard-earned money in support of us. We’ve built this on their shoulders. We also feel like there have been lots of answered prayers along the way too. No matter how big the number gets, we’ve promised ourselves that we’ll never lose sight of this. We were in the middle of tour when the big billionth view boomed so we celebrated the best way we know how – by thanking our audience personally!”

In addition to their loyal YouTube fan base, the four dads from Utah recently celebrated an official RIAA Gold Album Certification for their first album – The Piano Guys. To date, the group has released five albums on Portrait/Sony Music Masterworks: The Piano Guys, The Piano Guys 2, A Family Christmas, Wonders and The Piano Guys: Live!  Collectively these releases have spent 302 weeks at #1 on various Billboard Sales Charts. They are currently working on their new album Uncharted which is due on October 28th. On reaching 1 Billion YouTube views Bogdan Roscic, President of Sony Music Masterworks says: “One billion views on YouTube is an amazing achievement for any artist and something to be proudly celebrated. It goes to show just how special the connection is that The Piano Guys have made with their fans across all media as they continue to push the boundaries through their music and their videos.”

Sponsored: Do something unforgettable and tailored especially for you with Four Seasons Maui #travel #maui #wanderlust

The Piano Guys – Steven Sharp Nelson, Jon Schmidt, Al Van der Beek and Paul Anderson – quickly became an online sensation by way of their immensely successful series of striking music videos; most notably their 10-handed version of One Direction’s “What Makes You Beautiful.”  Nearly 5 Million loyal YouTube subscriberslook forward to watching them perform in exotic locations around the world including The Great Wall of China, and Iguazu Falls in Brazil.  They continue their quest to film a music video at each of the Seven Wonders of the World, recently recording their latest video in the ancient city Petra in Jordan.

The Piano Guys touch fans of all ages beyond the computer screen. They continue to tour the world and sell out shows at legendary venues around the world. 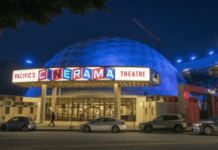 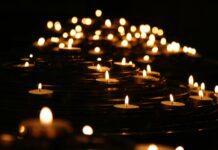 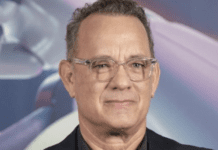 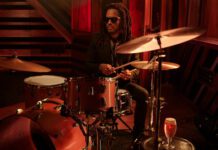 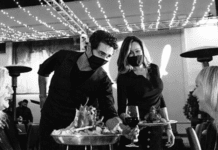