Celebrating the victorious quarterback of Super Bowl 50, the Disneyland Resort saluted Peyton Manning of the Denver Broncos Monday with a champion’s parade down Main Street U.S.A., in Disneyland park. Manning, one of the greatest quarterbacks in NFL history, smiled and waved to fans as he rode on a float with his family in an unforgettable moment.

Some favorite Disney characters joined the magical parade as Disneyland guests cheered for Manning and the Broncos, on their first Super Bowl championship together. The Broncos defeated the Carolina Panthers 24-10 to win the title game at Levi’s Stadium in Santa Clara, California, on Sunday. The victory adds to an impressive list of accomplishments. Manning is the NFL’s all-time leader in passing yards and touchdown passes in an 18-year career that includes 14 Pro Bowl selections, two Super Bowl championships and an NFL-record five regular-season MVP awards.

After the game, Manning talked about what he was going to do next: “I’m going to Disneyland.”

At Disneyland park on Monday, Manning said: “It was an honor to celebrate our Super Bowl victory at Disneyland.”

The parade, coming one day after the NFL staged Super Bowl 50, was held at the Disneyland Resort, which is celebrating its 60th Anniversary Diamond Celebration through summer 2016. 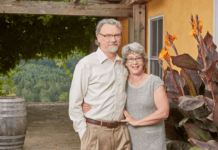 So many delicious new treats! This Valentine’s Day Celebrate your romance with Heartfelt Treats from Ferrero Rocher Chocolate 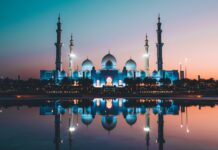