Hangar 1 Vodka, a pioneering American craft distillery, today announces Caley Shoemaker as its new head distiller to lead every phase of operations. Shoemaker comes to Hangar 1 Vodka from Stranahan’s Colorado Whiskey in Denver, where she immersed herself in the mechanics and science of distillation.

“I’m humbled to take this position and see myself as the guardian of Hangar 1 Vodka’s integrity,” said Shoemaker.  “I’m committed to maintaining the highest quality standards for our natural ingredients and our handcrafted processes that our loyal customers have come to expect.  I’m really in awe of the spirit as it is today.”

In addition to mastering every piece of equipment in the production process, Shoemaker learned how the chemistry of distilling affects the quality, texture and flavor of the final product.  She also led distillery tours and interacted extensively with the public.  This multidisciplinary, hands-on education and experience have prepared Shoemaker to effectively take the reins at Hangar 1 Vodka.

Hangar 1 Vodka also announces its move to a new 32,500-square-foot micro-distillery at Building 22 at the Alameda Naval Air Station in Alameda, Calif.  The new facility at 2505 Monarch Street is located near the company’s original home, Hangar 1, which is a former airplane hangar that lent the spirit its name.  Crowned with a new 500-gallon still, it demonstrates the brand’s commitment to continuing to handcraft locally produced, top quality vodka in Northern California.  The new facility will be functional in Summer 2014 and a tasting room for visitors will open in Summer 2015.
Hangar 1 Vodka’s decision to create its new micro-distillery nearby underscores its dedication to Alameda and the Bay Area, which has been the cradle of the brand’s success and an inseparable part of its DNA.  Its naming of Shoemaker represents something of an industry breakthrough, since she is one of a handful of female distillers of her generation to lead operations at a major American spirits brand. 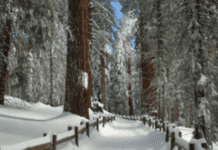 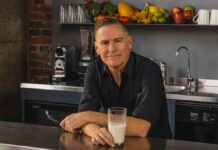