Today, JAY Z announced the confirmed dates for the North American leg of his “Magna Carta World Tour.” The new dates, which follow the tour’s international run, will begin on Saturday, November 30th.

Produced by Live Nation, the 34-date tour will go on sale Thursday, September 12th starting at 10:00am (EST) thru www.LiveNation.com and www.Ticketmaster.com.

JAY Z recently released the now double platinum “Magna Carta… Holy Grail,” just wrapped the sold out “Legends Of The Summer” stadium tour with Justin Timberlake and over Labor Day, oversaw his second annual Budweiser Made In America festival; both to rave reviews.

“But Jay Z’s visions of pop cultural dominance are perhaps best realized in his two-day Budweiser Made In America festival. – LA TIMES

“…in only its second year, already emerging as one of the top festivals on an increasingly crowded circuit. Another trait that made this weekend’s festival such a smashing success was the eclecticism of the lineup, concentrated onto those three stages with little to no filler.” – ROLLING STONE 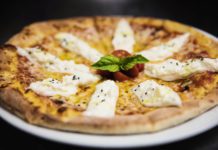