In Los Angeles, town of personal trainers, exclusive diets and actors, actresses and models; here is your chance to hobnob with the best in the industry.  You can win two tickets to the 2013 The Fitness Expo at Convention Center in Downtown LA.  Starting now and running through Thursday January 17, 2013 at 4pm PST.

To enter the contest, simply tweet our message: @DailyOvation : I love fitness.  Send me to the 2013 @TheFitExpo Thank you!  Thank you!

Inaugural events on the exhibit floor this year will include: TheFitExpo Jump Rope Competition, Adult CrossFit Challenge “Battle of the Boxes”, California Armwrestling Championship and more. 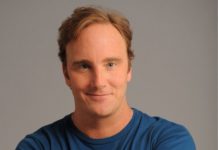