On July 25, 2012  some of Los Angeles’ most active philanthropists will gather at The W Hotel in Westwood to support charity C5LA at the inaugural launch for Conscience Cocktails.  Limited tickets are still available for this prestigious event, click here for info.

Conscience Cocktails co-founder Steven Yamin explains, “This organization was setup to give a great program the spotlight and then invite the best people in Los Angeles to attend and help make a difference.   We’re so proud of the support we’ve received already and this initiative has just launched.”

Support might be considered an understatement.  Yamin, known by many as the Los Angeles charity PR guru, brought his cocktail idea to some friends just a few months ago and received a strong and immediate response.  So much so, in fact, that the venue had to be upgraded to accommodate a crowd that doubled from his original idea.  Yamin responds with a smile:  “I’m just grateful we’re able to bring this much attention to a cause as strong as C5LA.”

C5LA is a mentorship program for underprivileged inner-city Los Angeles school children that provides guidance, education, mentorship and leadership skills among more.  Guests of the Conscience Cocktail event will get a chance to hear from C5LA’s Greg Kovacs as well meet him and ask questions.  This kind of personal interaction is just what the event is all about.

Helping Yamin with his goal, he reached out to several frequent collaborators.  Popular Press Media Group’s CEO Michelle Czernin Von Chudenitz-Morzin jumped on board to help promote the event “We are happy to be associated with such a strong event.”

Yamin also reached out to Daily Ovation for social media marketing and web design.  Producer Joe Wehinger explains,  “We’ve worked with Steven for years now.  We’re honored to support his vision.  Not only is he a collaborator, he has a keen sense of community engagement.”

Steven Yamin quickly assembled a team of partners from photography, video, music and publicity sure to make the event memorable.  The team includes Los Angeles’ hottest DJ Michaelis, photographer to the star Richard Hartog and, event video from Slogan Media and complimentary wine from LA Winefest. 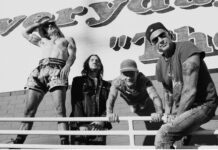