The Amazing Spiderman, the 3rd reincarnation of Spidey, his loves, his tragic family and his web-spinning justice hits theaters just a few short months from now, this summer.  To celebrate Sony invited a select few to attend a 3D sizzle reel and some Q&A with stars Andrew Garfield, Emma Stone, Rhys Ifans and Director Marc Webb.

Supposedly this teaser event was 13-cities wide including guest appearances.  Director Marc Webb was in Los Angeles.  Leading lady Emma Stone joined Producer Avi Arad in Rio de Janeiro.  Rhys Ifans was beamed in live from London and Spidey himself Garfield was live from New York.  While each was given a specific question, Weber addressing the 3D technology was quite interesting.  Also was Stone as she emphasized the “polar opposite” differences between her Gwen Stacey character and Kirsten Dunst’s “MJ”.

The footage is gritty and character-driven.  Surprising for typical summer fare.  It received whispers comparing it to The Dark Knight.  A generous statement, but not entirely unfounded.  What is fun is the supporting ensemble including Martin Sheen, Sally Field, Dennis Leary. 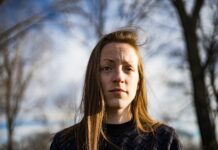 You Over Ate on Thanksgiving? Here’s What’s Happening to Your Body Now

Gift Guide 2020: Health and Fitness Gifts for Women and Men