ACIDIC releases their sophomore album “Getting Lucky” with growing talent from their previous effort 2009’s “Ironic Dreams”. Full of energy and fun, with many transitions of feeling and message.  The 12-song release aims for a love story with a muscular, young energy.  Find the album here.

Lead vocal and guitar Michael Gossard, bassist and bg vocal Michael Thompson, bassist and bg vocal Ted Dubrawski, and drummer Matt Whitaker make up ACIDIC the in-demand band with tour dates criss-crossing the United Stated from summer through October of 2010 and west coast dates through 2011.  For “Getting Lucky” the local Los Angeles group teamed up with the Wizardz of Oz producing team who count Liz Phair, Jason Mraz, Hawk Nelson, and Hillary Duff among their previous collaborators and this product shows palpable potential.

The album opens on “Tell me“, a bassy start with an anthem feel. A fun and poppy entrance with a growing heart. Lead vocalist Gossard brings intensity to their lyrics.  “The Big Bang” brings a very different feel.  Creating a smooth and sexy feel that transitions us to the next arc of the album’s story.  “Move On” claims territory as the break-up song.  Powerful strings from Thompson and Dubrawksi.  Whereas “Strata Red” brings it all back together. Whitaker’s depth, Dabrawski and Thompson’s accompaniment and Gossard’s sprinkling on top with lyrics as “taste your cherry lips.”

From the results, ACIDIC plays well and often to audiences around the country.   Described as a “muscular, interactive stage show” they’ve recently played Los Angeles’ Sunset Strip Music Fest, Las Vegas’ Sunset Park and upcoming on March 12 the San Diego Music Fest and back to LA on March 25 for Whiskey a Go Go. 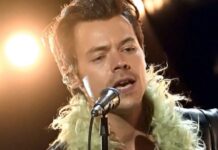 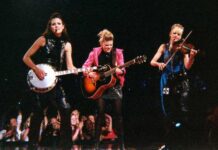 Discover the Top 50 Beaches in the United States of 2022