Here it is.  The second trailer for The Social Network, adapted from The Accidental Billionaires, which is the story behind Mark Zuckerberg, betrayal and the social juggernaut that is Facebook.  Video is below.

Stars Jesse Eisenberg, the new Spiderman Andrew Garfield and Justin Timberlake with a script adapted by Aaron Sorkin and the mastermind of it all, Director David Fincher (Fight Club, Se7en).  Why does this excite me?  Aaron Sorkin crafts cutting dialogue that is often liberal, heavy and Ivy League smart.  And then there’s Fincher.  Fincher makes horror look like opera.  Imagine what he’ll do with egotistical, hedonistic

This October Columbia Pictures releases the picture.  Connected Interactive imagines there will be some pretty ridiculous and imaginative viral marketing behind it. 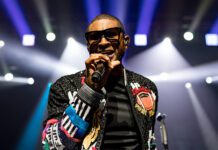